"Working Together To Make It Better"

About the Chamber of Commerce of the Mastics & Shirley

The Chamber of Commerce of the Mastics and Shirley was incorporated in 1951.

Our mission is: to enhance economic growth through the promotion and development of business for the betterment of our communities.

Annual community events managed by the Chamber include Halloween and Easter celebrations offered free to hundreds of children, and an annual recognition dinner honoring a local resident or organization who has had a lasting positive influence on our community. Our Chamber has the unique distinction of hosting the largest Christmas Parade in the Town of Brookhaven, with an average attendance of more than 6,000 onlookers and more than 80 groups and organizations marching. Our charitable work includes fundraising to offer scholarships to graduating seniors going on to pursue business studies in college and support of local civic and nonprofit events that benefit our residents.

We are an active member of the Brookhaven Coalition of Chambers of Commerce. The Chamber works closely with government at the village, county, and state levels to further the interests of local economic development. Chamber officers have been active members on the Tri-Hamlet Renaissance Project initiated by U.S. Congressman Lee Zeldin, the Montauk Highway redevelopment project, the Tri-Hamlet Hurricane Recovery Committee, the Mastic Sewer Project, and the William Floyd School District Continuing and Technical Education Program committee. 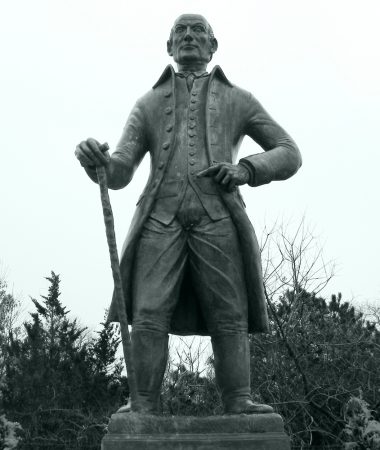 The history of economic development in our area begins with the settlement of The Mastics by English families in the late 1600’s. William Floyd, whose family estate is one of two nationally recognized colonial historic sites located within the community, was the only signer of the Declaration of Independence from Long Island. Shirley, on the other hand, was a product of the booming post World War II development of suburban Long Island. Walter T. Shirley, a former entertainer turned real estate entrepreneur, turned his $8,000 dollar purchase of land from William K. Vanderbilt II during World War II into a multi-million dollar company. Census data shows only 8,962 residents at the time of the 1960 federal census. Originally envisioned as a place for affordable summer houses and retirement homes for working class people, The Mastics and Shirley evolved over the next 50 years into a year-round community, which has been growing ever since. The three hamlets that form the William Floyd School District now have a combined population of 55,368 residents and over 1,300 businesses.

The Mastics and Shirley are unique in their history, access to natural resources such as Fire Island seashore, Wertheim Wildlife Refuge, and Southaven County Park and appeal as an affordable and convenient place to live. The Chamber of Commerce works hard to assure that the economic interests of our community continue to be met into the future by supporting local business owners.